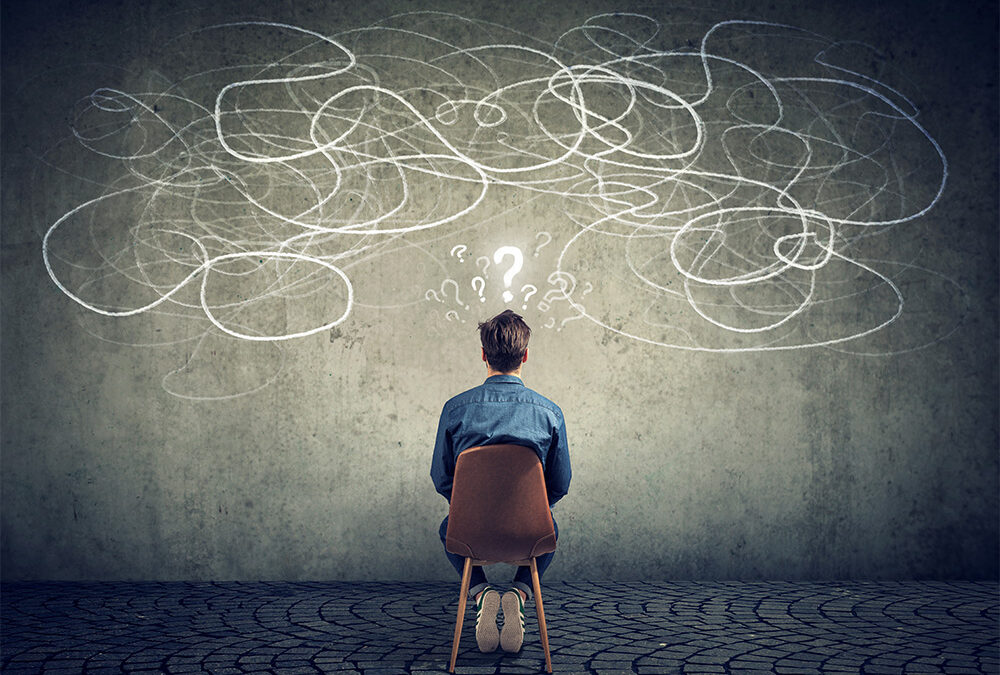 In Cognitive Behavioral Therapy (CBT), cognitive distortions are errors in thinking that lead to emotional distress. They are very common and are experienced at one time or another by almost everyone. These errors can be identified and corrected with CBT.

Cognitive Behavioral Therapy is a form of psychotherapy that is used as an evidence-based treatment for the symptoms of anxiety, depression, and other mental health disorders.

In CBT, clients work together with therapists on their thoughts, feelings, and behaviors so they can improve their relationships with others and themselves. Here are some common cognitive distortions to help you identify when your thoughts aren’t accurate or helpful:

Also known as “all-or-nothing” or “black-and-white” thinking, this distortion manifests as an inability or unwillingness to see shades of gray. In other words, you see things in terms of extremes–something is either fantastic or awful, you are either perfect or a total failure.

When you overgeneralize something, you take a negative event and turn it into a pattern that this event “always” happens. Alternatively, it could be that positive events “never” happen. Overgeneralizing can lead to overly negative thoughts about oneself and one’s environment based on only one or two experiences.

The mental filter distortion focuses on a single negative and filters out all the positives. It can result in a negative view of everything around you by focusing only on the negative while ignoring the positive.

This distortion acknowledges positive experiences but rejects them instead of accepting them. It can facilitate the continuance of negative thought patterns even in the face of lots of evidence to the contrary.

When you jump to conclusions, you interpret an event negatively without supporting evidence. This distortion can manifest as “mind-reading” and is the inaccurate belief that you know what another person is thinking. While it’s possible to have some idea of what other people are thinking, this distortion refers to the negative interpretations that you have that may be inaccurate.

Fortune telling refers to the tendency to make conclusions and predictions based on little or no evidence. There’s simply no way for you to know for certain how things will turn out. Your prediction may be one of several possible outcomes, rather than the one that will happen.

Emotional reasoning refers to the acceptance of one’s emotions as fact. It leads you to believe that the way you feel is a reflection of reality. “I feel it, therefore it must be true,” defines this cognitive distortion.

Should statements are statements that you make to yourself about what you “should” do, what you “ought” to do, or what you “must” do. They can also be applied to others, imposing a set of expectations that will likely not be met by them.

Labeling or mislabeling refers to taking a single attribute and turning it into an absolute. It happens when you judge and then define yourself or others based on an isolated event.

As the name implies, this distortion involves taking everything personally or assigning blame to yourself for no logical reason. It leads you to believe that you’re responsible for events that, in reality, are at least partially out of your control.

While we would all probably prefer to operate in a fair world, this assumption is not based in reality and can result in negative feelings when we’re faced with proof that life isn’t always fair. It also refers to measuring every behavior and situation in terms of fairness and leads you to feel the need for everything to be fair.

The fallacy of change has you expecting other people will change to suit your expectations or needs if you pressure them enough. This distortion is usually accompanied by a belief that your happiness depends on other people, leading you to believe that forcing those around you to change is the only way to get what you want.

This distortion is the belief that you must always be right, correct, or accurate. With this distortion, the idea that you could be wrong is unacceptable and you will go to great lengths to prove you’re right.

This fallacy manifests as a belief that one’s struggles, one’s suffering, and one’s hard work will result in a just reward. Sometimes no matter how hard you work or how much you sacrifice, you will not achieve what you hope to achieve. To think otherwise is a potentially damaging pattern of thought that can result in disappointment, frustration, anger, and even depression if the reward doesn’t happen.

Through the process of cognitive restructuring (or reframing), most cognitive distortions and negative thinking can be challenged or replaced with more accurate thoughts.

If you’re having difficulty with negative thought patterns and would like to explore how CBT and cognitive restructuring may help you, please reach out to me for a free consultation.